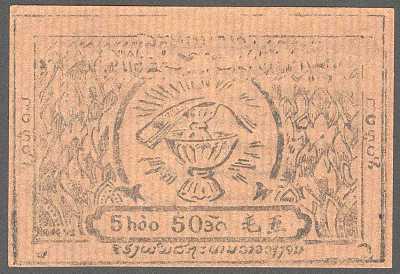 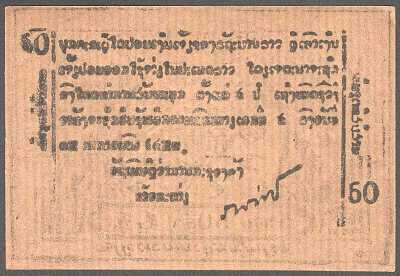 There were three denominations of these short-lived banknotes: 10,20 & 50 att. They were printed crudely on poor quality paper and the population of Lao rejected them. They were known as "Katay Dry banana leaves" named after Katay Don Sasorit who was the finance minister of the Lao Issara Government. The Lao people continued to use the French Indochina banknotes instead. There are 13 types/variations of this 50 att banknote.